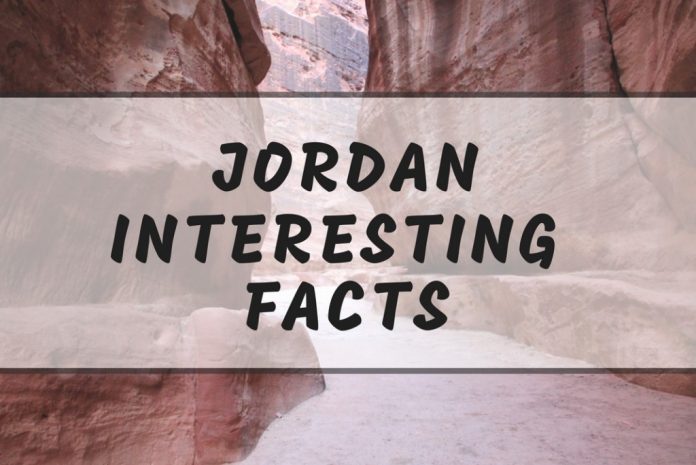 Jordan is an Arab country that is situated in the Middle East on the east bank of the Jordan River. The nation is characterized commonly holds, old and notable landmarks, and coastline kinds of resorts. The nation, which is home to the well known archaeological site of Petra, is meant by a youthful populace. The middle age of the people is around 22 years of age. In this post, we have accumulated Jordan excursions fascinating and interesting facts– that you didn’t know. Trust they will rouse you to visit this lovely nation!

Jerash or Gerasa is one of the best preserved Roman sites in the world. Hidden under the sand for several centuries, the first excavations were carried out around the 20s. The tasty blend of West and East, its walls pierced by towers still protect the cobbled streets with colonnades, temples perched on promontories, beautiful theaters, large public squares, thermal baths, and fountains. Thanks to its admirable preservation and 70 years of restoration, it is easy to imagine life as it was at the time walking on the same stones that people walked well before the time of the Roman Emperor Hadrian.

A pilgrimage to the Gates of the Promised Land

For the traveler fascinated by history and cultures, Jordan can also be an authentic place of pilgrimage. Some important biblical episodes took place there. Here are a few: Mount Nebo – Moses would have died there and it was through this place that the Hebrew people entered the Promised Land. Bethany – The baptism of Jesus by John the Baptist would have taken place on this bank of the Jordan. Jerash – Many passages of the Gospel record the passage of Christ in this city. Machaerus – The ruins of the palace where Princess Salome would have beheaded John the Baptist.

How to go there?

Renting a car is the best option for the journey the country at your own pace as public transit is more geared to meeting the needs of the local population and many interesting sites are difficult to access. Gas is not very expensive, the road network is in good shape and if you ever go astray, Jordanians will be happy to tell you the right way. Know that you can also rent a car with driver. Did you know? An overview of the Petra and wadi rum site can be seen in the Indiana Jones movie and the Last Crusade. The Hashemite dynasty, from which the royal family reigns in Jordan, has long been the guardians of the holy city of Mecca.

Know Before You Go

The best period: spring and autumn. The majority of the population is Muslim, avoid diving pleats and it is respectful to cover the arms and legs during some visits (for women). Avoid traveling near border areas with Syria and Iraq.